Chris Cornell and Reflections on Life, Death, and Rock and Roll 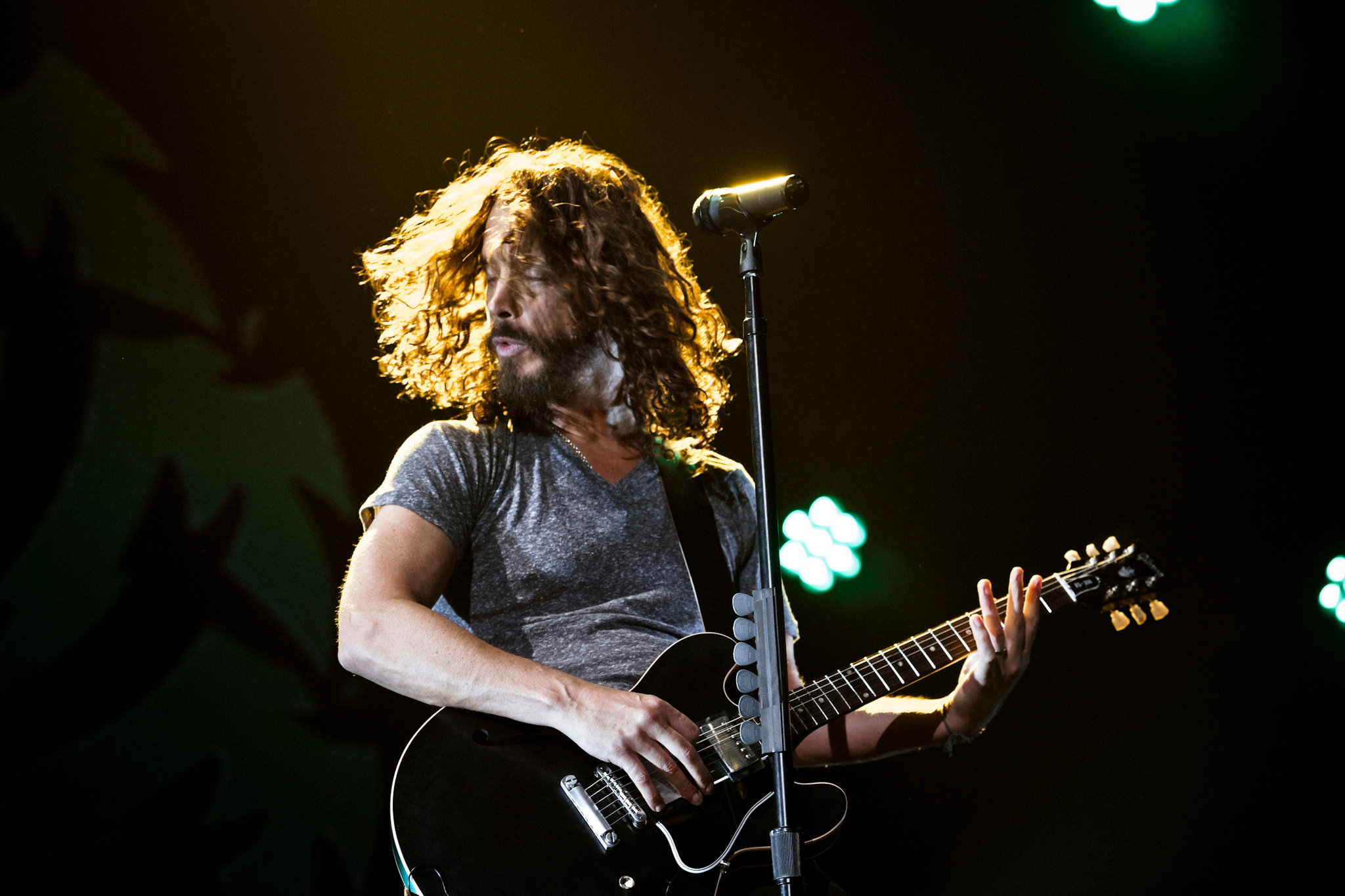 Click the photo for the NY Times article and original source of the picture.

It's taken me a bit of time to process the news of Chris Cornell's death.  Honestly, it wasn't really sinking in.  Certainly I was saddened that yet another icon from my youth had gone before what we all I'm sure hoped would've been his time.  Chris and Sound Garden, along with the Titans of Grunge, helped shape the sound and character of the early years of my music "career".  But I wasn't sure if I was ready to let myself feel that loss yet.  It's certainly been a rough ride these past eighteen months for artists I loved — Scott Weiland, December 2015; David Bowie, January 2016; Prince, April 2016; Carrie Fisher, December 2016 (Princess Leia's Theme is on repeat as I write this).  Saddle that with recent personal loss — 3 deaths in the family within within the months of November 2015 and October 2016 — and I didn't know if I wanted to go there mentally and emotionally.

But face it I must.  Having had seen only the headlines and short 140 character or less tributes, I had to know how Chris died.  After all, he was relatively young and I hadn't heard of him having been stricken by illness or disease.  Turns out after all, he was.

And it was that illness ultimately lead to his demise.

Now, most of the articles I've read thus far paint the picture we expect; a drug addicted rock star in recovery and taking prescription meds to help maintain balance.  And why not?  A rock star dead before his time, commits suicide after having just played a rockin' show in a rockin'-ass casino for a rockin'-ass audience.  That's Rock n' Roll, baby!  Live fast. Live large. Die. Young.

The story that doesn't get told is why.

That fact gets glossed over.  And it always does.  In the NY Times article I read, only mentions it once — "he was kicked out of seventh grade once and eighth grade twice, he told Rolling Stone in a 1994 interview, and said that he struggled with drugs and then loneliness and depression."

On the flip side, we talk about drug and substance abuse all day long.  Maybe it's easy.  Maybe it's the safe road that our mental and emotional states naturally want to travel.  After all, addressing the symptom and not the cause has become an all too American way of thinking.  The NY Times article makes mention of drug and substance abuse five times.  Interesting given that the article is supposed to be about Chris' death and suicide and not his history of drug abuse.

The cause, not the symptom

Substance abuse is the symptom.  Depression is the cause.

As an artist, especially when it comes to music, my art was my outlet.  It was and is my solace.  More accurately, it is a way to communicate thoughts and emotions when words are not enough.  And perhaps this is why in all of history we've experienced so many artistic geniuses who were seen as troubled, even called mad.

Substance abuse is the symptom.  Depression is that cause.  And we have to talk about it.

Because it's a double edged sword.  Both creation and abuse are driven by the same engine.  So, while it may have given humanity some of the most meaningful and impactful art, do we continue to risk losing the greats because the conversation was about the wrong thing?  I would hope not.  Let's not just boil it down to being "Rock-n-Roll". Because personally I'd prefer a world that still had its Chris Cornell, Scott Weiland, Layne Staley, and Kurt Cobaine.

***I have no direct knowledge nor experience of any or all of the artist here mentioned here as having suffered from depression (diagnosed or not) and it is not my intention to infer it in this piece.  Rather it is simply my reflections on the death of Chris Cornell and the possible roots of abuse and creation.***

Blog
May 27, 2017
ronniecruz
Comments are closed

View all posts by: ronniecruz